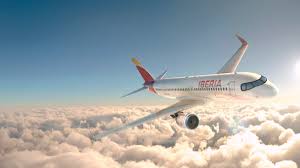 Ryanair, Europe’s largest low fares airline, today (Tues 26 May) confirmed it plans to operate 40% of its normal July flight schedule, as Spain this weekend, announced it would remove travel and visitor restrictions from 1 July, mirroring earlier plans announced by Italy, Cyprus, Greece, and Portugal to reopen their hotels and beaches for the key July-Aug family holiday season.

Iberia that also announces that you can travel to a minimum of 40 destinations in Spain and Europe in July and 53 in August. According to the company, in July, you will be able to travel to a minimum of 40 destinations across Spain and Europe, increasing to 53 in August. In addition, they have stated that customers who have travel vouchers for cancelled flights due to the Covid crisis will be able to use them this summer.

Ryanair will be offering daily flights from countries all over Northern Europe including Ireland, the UK, Belgium, Holland, Germany to the key holiday airports of Portugal, Spain, Italy, Greece and Cyprus from 1 July.